Welcome to Jam Hot, the hottest Berkshire Wedding Band, known throughout the county as the Best Wedding Band Hire Berkshire has ever experienced!

Get your free no obligation quote!

Introducing the unparalleled Jam Hot, the most exciting Band for Wedding Berkshire

Planning your wedding should be a process that is every bit as special as your proposal and the big day itself. You’re going to spend hundreds of hours and every penny of your budget detailing every aspect of the most momentous day of your life. You’ll taste test cake, view bouquets, and select your vows – but the most critical aspect of your wedding day is the entertainment.

You’re in the right place! You’ve landed on Jam Hot’s page, the best Berkshire wedding band. They put on a captivating live show that has won countless accolades and awards. Their high-energy shows are expertly curated and performed, creating a phenomenal party atmosphere that will get everyone on the dance floor all night long. 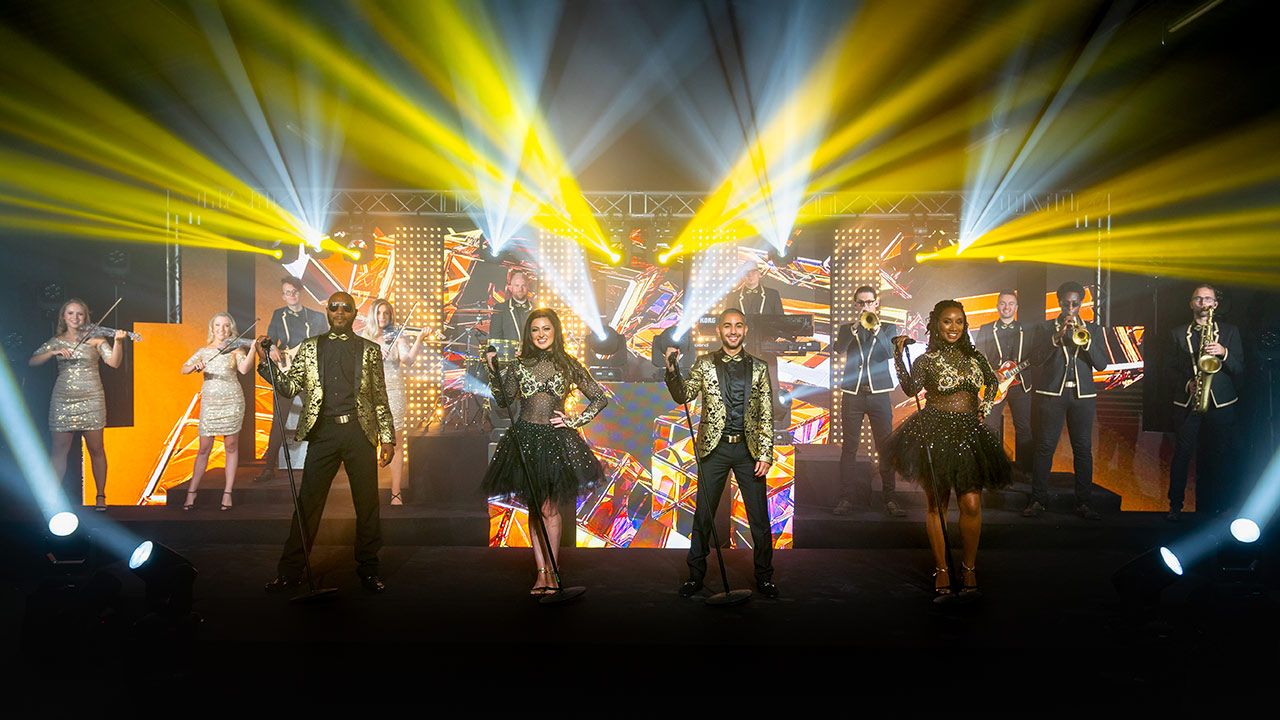 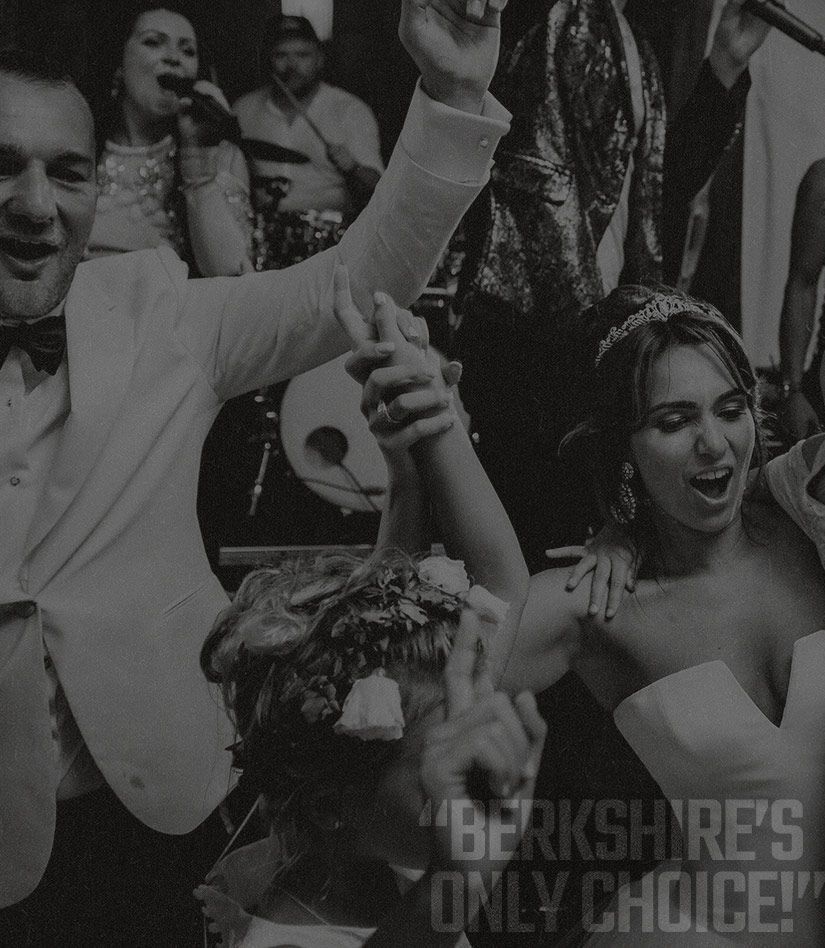 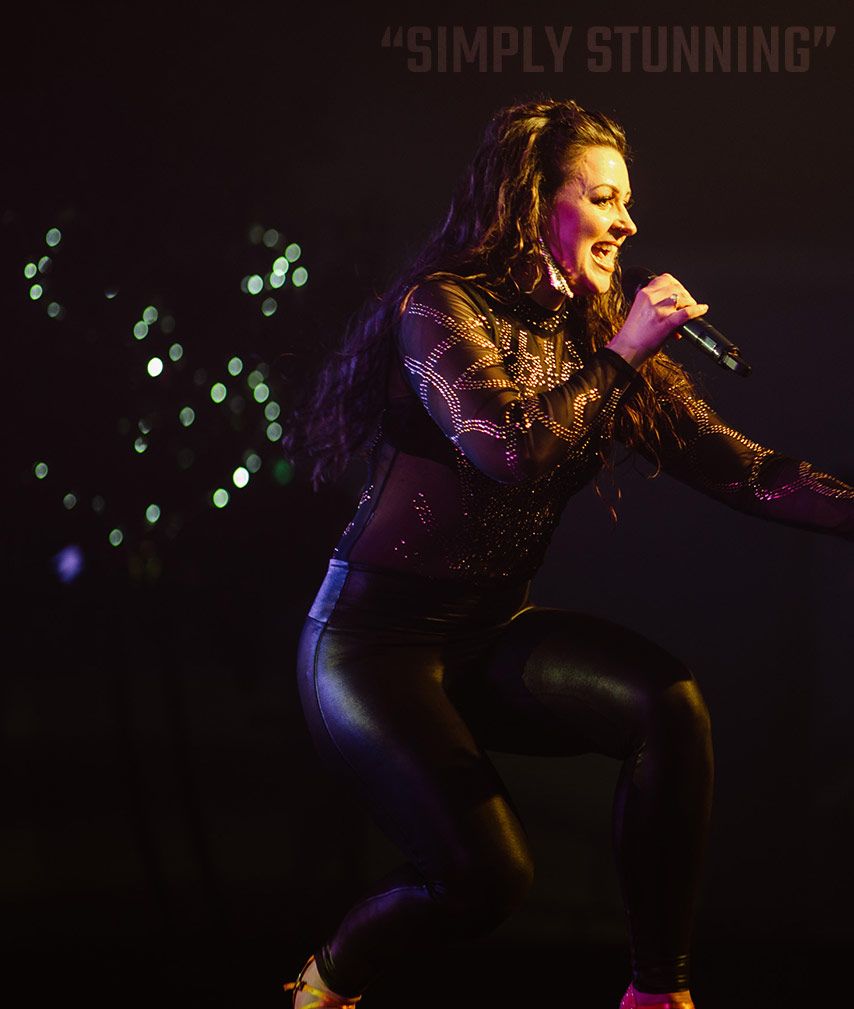 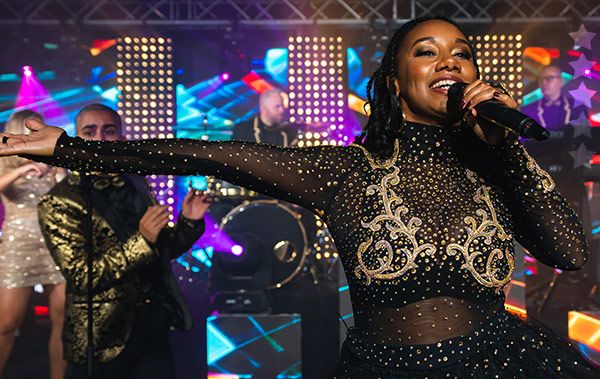 If you want a spectacular wedding day, Book A Berkshire Wedding Band that blows the competition out of the water

Their killer medleys have made Jam Hot the most legendary Wedding Band Music Berkshire has ever known, dazzling audiences and getting them on the dance floor. They’re so much more than just another Berkshire Wedding Band – they put on a fully immersive show that gets everyone involved. Lights, choreography, and interactive dances – don’t be surprised if you see Jam Hot musicians jumping on and off the stage, leading your guests in the conga, the limbo, and their famous Jam Hot Shuffle.

Hire a Berkshire Wedding Band that knows how to get the party started! Jam Hot is composed of perfectionists who want your wedding to be magical and pitch-perfect. You can relax and enjoy the party, safe in the knowledge that these consummate professionals will give you the time of your life.

The Jam Hot team provides so much more than a reception performance. Their expert team will arrange every aspect of your perfect day, including organising elegant string players for your wedding ceremony. They’ll also arrange a live-lounge acoustic solo artist or band to perform slowed-down renditions of contemporary and classic songs during your drinks reception.

When the sun goes down, Jam Hot are indeed in their element! This Live Wedding Band Berkshire is renowned for their sizzling performances that get everyone up on their feet, dancing the night away. Upon request, they can also arrange and perform a heart-rending version of your first dance. Think about the meaningful memories that will create! All bookings include a complimentary engineer manned DJ service, available throughout the evening. You don’t have to worry about a single element of your wedding entertainment when you book Jam Hot, the ultimate Berkshire wedding band. 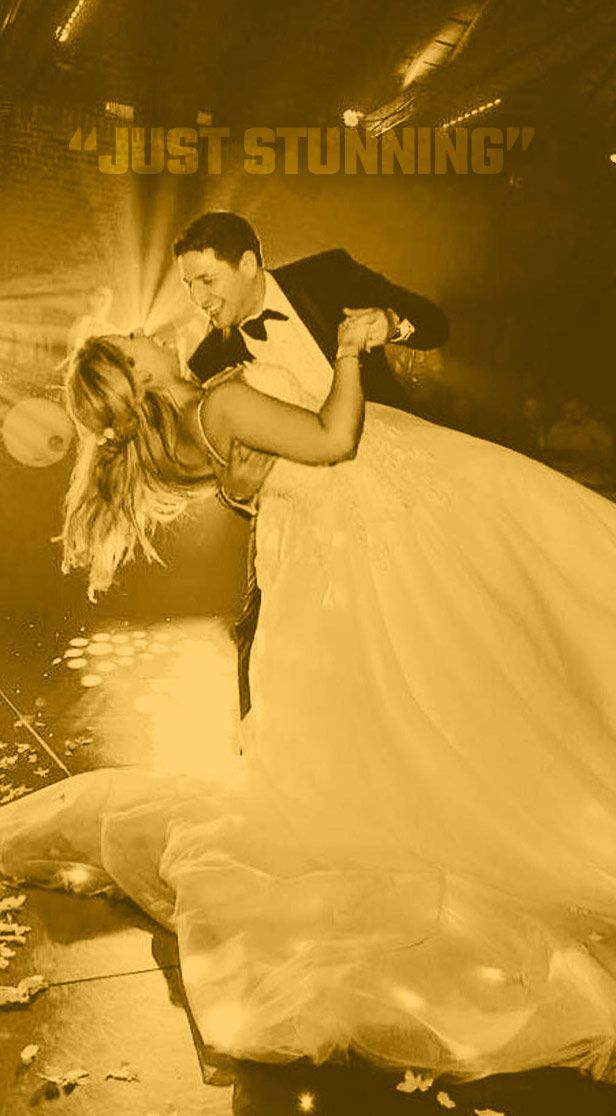 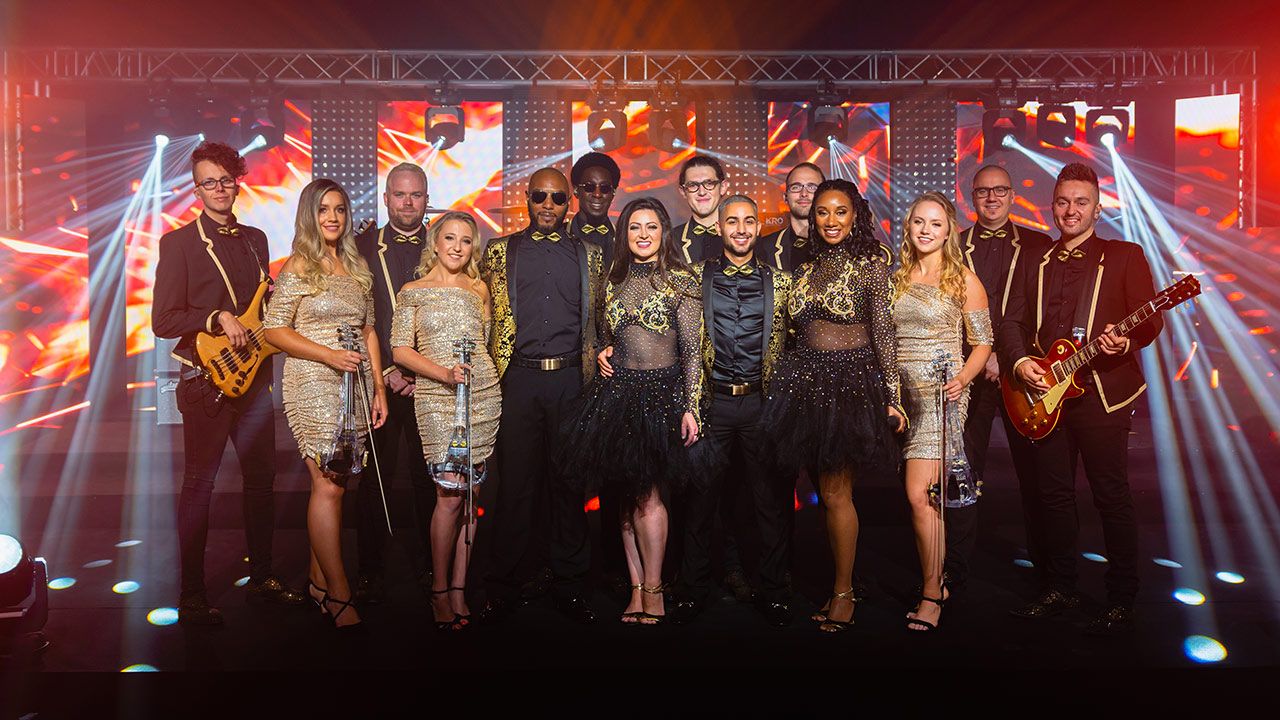 Travelling around the county with the best Soul Wedding Band Berkshire

If you’ve ever seen Jam Hot play at another Berkshire wedding, you already know just how electrifying their shows are! They travel around the county and beyond, playing fully choreographed gigs at Notley Abbey, De Vere Beaumont Estate, Clivedon House, Stokes Farm Barn, and plenty of other elite Berkshire wedding venues.

With between 8 and 21 musicians on stage, including a brass and string section, Jam Hot Berkshire showband brings the house down! They’ve played weddings and celebrations in Windsor, Maidenhead, Reading, and Ascot – have you seen them perform?

If you're thinking of heading further afield for your Wedding, don't worry - Jam Hot perform everywhere!! They're regularly seen performing in Manchester, London, Hampshire, Leicestershire and many other destinations!

Jam Hot perform extensively throughout the UK. If your county doesn't appear in our map, don't worry - they do travel there! 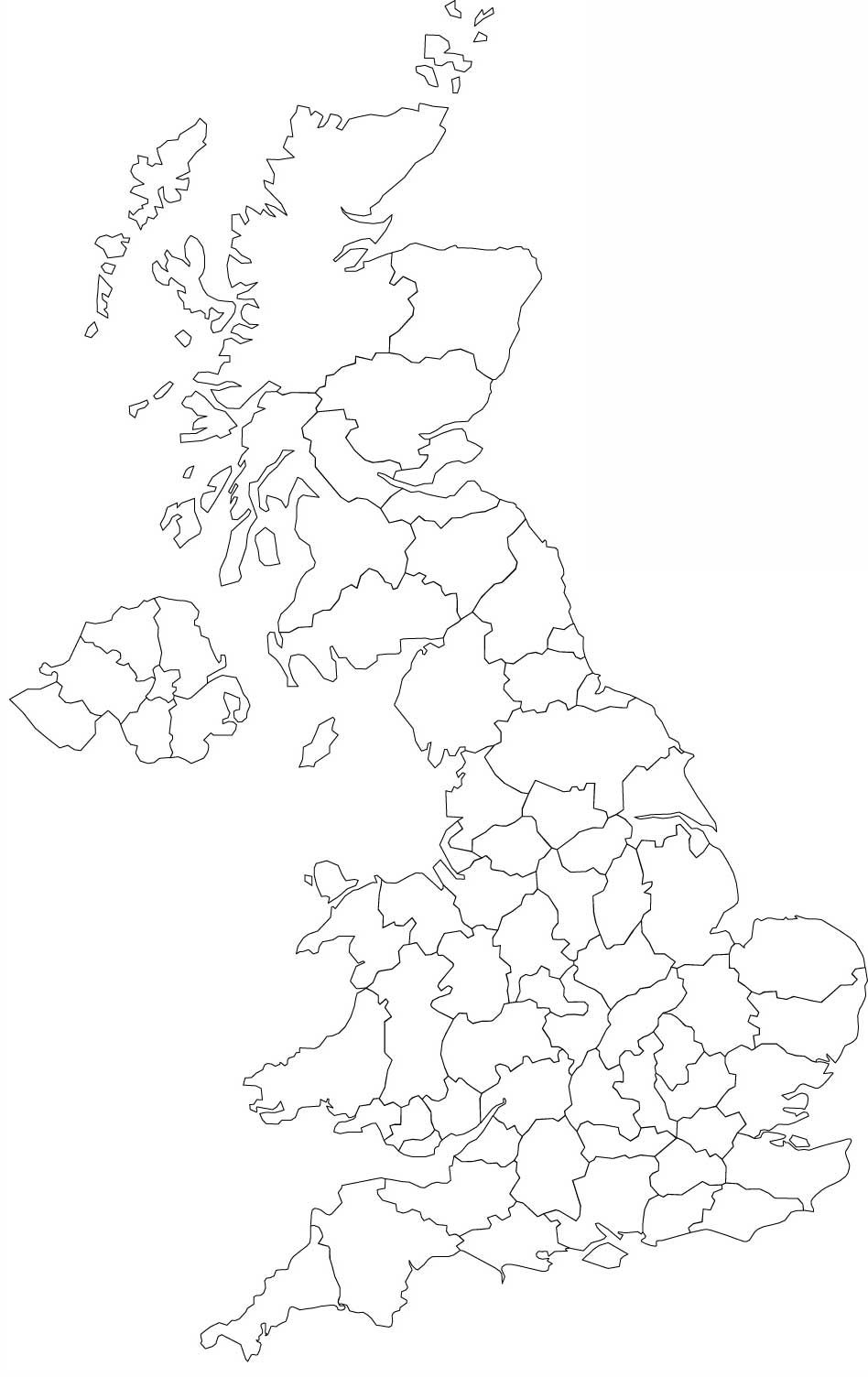 It’s never more important to hire reputable suppliers than when you are planning your wedding. You need to ensure that all of your vendors are professional and reliable – if your entertainment drops the ball, it could ruin your entire reception.

You can trust in Jam Hot’s stellar reputation. They are the top Wedding Music Band Berkshire couples rely on for a fantastic party and professional conduct. They are an established Limited Company that issues a secure legal contract when you book, giving you the peace of mind that your booking is safe and protected.

Jam Hot has an unbelievable 5-star rating on TrustPilot, and so you can rest assured that every aspect of your wedding entertainment is in safe hands. Their team takes care of you from your initial enquiry through to the teardown process. They only require a small deposit at the time of booking – you can wait to clear the full balance until 7 days before your wedding day. 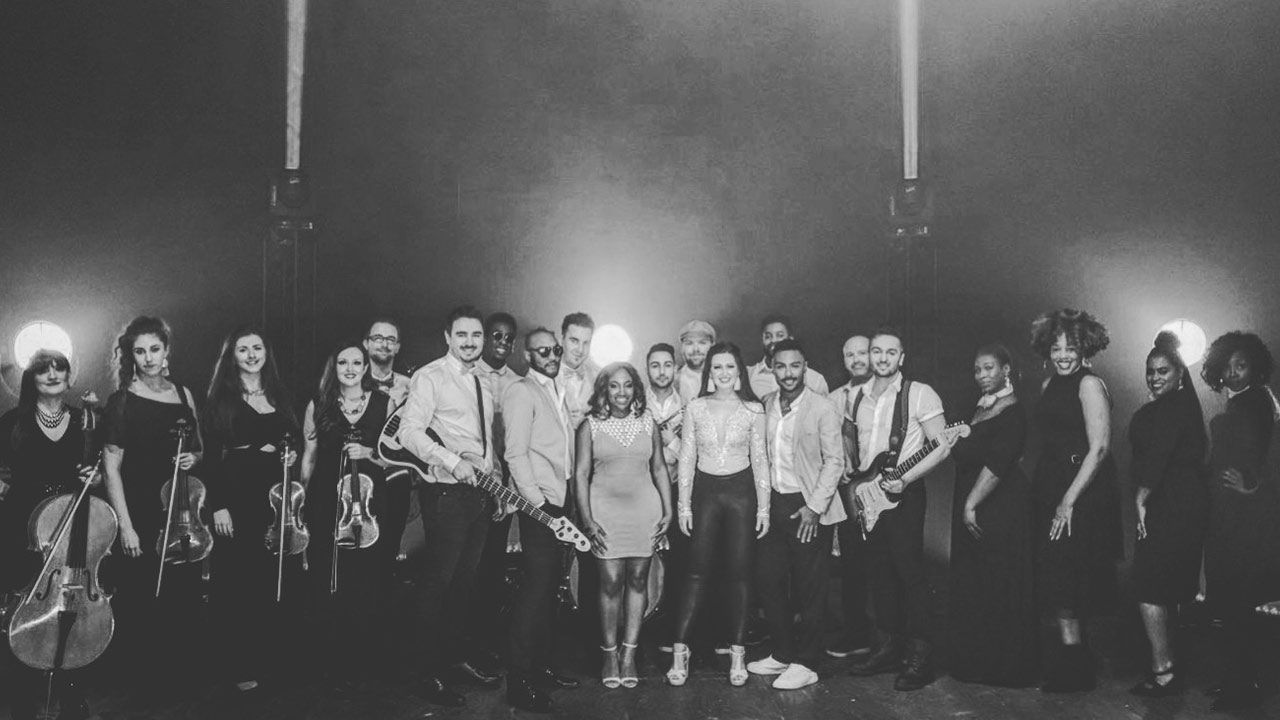 Jam Hot, the best pop Wedding Band Berkshire, will support you every step of the way

Jam Hot’s team wants your big day to exceed your wildest expectations. If you want the best Pop Wedding Band Berkshire, put your wedding booking in their safe and experienced hands.

They will walk you through all of the details of your booking, designing your dream wedding soundtrack and helping you choose a tailored music and performance package that suits your desires and budget.

When you deal with Jam Hot, you are dealing with seasoned professionals who believe in providing elite customer service, spectacular musicianship, and prompt replies to all of your questions.

It’s easy to get in touch with Jam Hot. Simply use their Live Chat service and find out instantly if they are available on your wedding day. Alternatively, fill in their simple online form, and they’ll reply with a no-obligation quote in no time at all. They look forward to hearing from you!